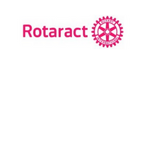 Within hours of Russia’s invasion of Ukraine in late February 2022, Iryna Bushmina fled her home in Kyiv. Along with her sister and her three-month-old nephew, she journeyed to Vienna, Austria, staying with Rotary members along the way. Their generosity inspired Bushmina, a member of the Rotaract Club of Kyiv-City and the district Rotaract representative for Ukraine, to organize a larger-scale relief effort — and now, an online platform she created has helped Rotaract and Rotary members find shelter for thousands of Ukrainian refugees.
Across Europe, Rotaract members are using digital tools to share information and coordinate to help people who have been affected by the war in Ukraine. By routing communications through the European Rotaract Information Centre (also known as Rotaract Europe), a multidistrict information organization that serves clubs in more than 40 countries, these young members are using the power of Rotary’s global network to direct aid where it’s needed most.
Shortly after the war began, Christiane Leitner, the president of Rotaract Europe, learned about a project that was already underway to help Ukrainians. Led by the Rotaract Club of Klagenfurt-Wörthersee, Austria, Rotaractors coordinated using the Rotaract Europe website, then packed five vans and cars full of relief supplies and drove through the night to the Polish-Ukrainian border, where local Rotaractors were waiting to deliver the aid.
“This really stood out to me as an example of how quickly our Rotary network can make things happen,” says Leitner, a member of the Rotaract Club of Linz, Austria. After learning about dozens of Rotaract initiatives that started within a week of the invasion, she realized that Rotaract Europe could play a key role in coordinating communication among Rotaract and Rotary clubs and districts and facilitating partnerships that could lead to projects.
Rotaract Europe leaders have compiled information for refugees as well as for volunteers on their website under the heading United for Peace. As Bushmina worked to create a housing-specific platform called Spaces for Ukraine, she used the United for Peace webpage to post information and a form to match refugees with hosts. The page also offers updates about projects in neighboring countries, information about free rail, bus, and air transportation available to refugees, and tips for helping people at the border. There are lists of needed supplies and options for making donations as well.
“Rotaract clubs have the chance to get an overview of what’s going on in and around Ukraine, and then decide what projects they can help implement,” Leitner says. “We want to make it as easy as possible for our members to connect and collaborate.”
Leitner and other leaders of Rotaract Europe meet weekly over Zoom with Rotaract representatives from each European country to exchange ideas and share updates about projects. These meetings have helped foster better communication and organization, she says.
Since it began as a coalition of clubs in 1988, Rotaract Europe has focused on sharing information about Rotaract activities across borders. But the effort to help Ukrainians is different, Leitner says: “We are being much more proactive than in the past. The passion and energy of Rotaractors are really motivating us to do more.”
By Ryan Hyland 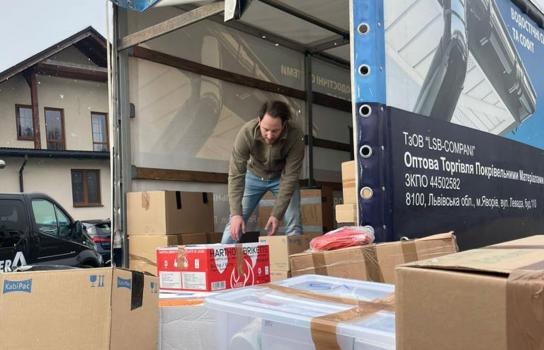